Yamaha have released a new exciting 2 stroke line up for 2022. We are excited to get and play with each model as they come available. We will dissect  the YZ125 and 85 when available but making a start on the new YZ250.

The major change for the new YZ250 is the new design, plastics, seat, fuel tank, air box and ergos. You think its still the same bike with just a face lift. Well to a point this is correct but it goes much deeper than that. Due to these changes it changes how you sit on the bike and ride the bike, plus a new air box and more air flow has an effect on the engine also.

The first mods we have done and why

Zeta clutch perch – The standard clutch pull on the YZ250 is pretty heavy (heavier than the YZ450f) fitting this perch assembly makes the pull much lighter and works great, we also matched it with the zeta front brake lever which is stronger than OEM in a crash.

PC pipe and silencer – Anyone who has purchased a YZ250 over the last few years will know they where coming standard in Australia with a GYTR exhaust system. This was a great addition to the 2021 model and older bikes that come free with the purchase. To up the performance of the engine we decided on the PC platinum pipe and the 304 shorty muffler. We have not had a chance to back to back it to the GYTR system on the 22 model yet but tested back to back with the standard pipe and silencer. The PC pipe instantly added gains from 7000rpm to 8000rpm but was a very minimal gain in peak HP with the stock jetting.

Jetting – We ended up with a 48 pilot, N3CW needle on second clip (half a clip leaner than standard and comes with the bike) 1.25 turns on the mixture screw and a 175 main jet. The bike comes standard with a 178 main jet, we did a power run with a 180 main jet and got no gains in power but then with the 175 main we got a great gain in peak power. The bike was still running an AFR of around 12.4 with the 175 main so should be pretty safe to run on the leaner main. The jetting testing we did we had a RAD (relative air density) of 97.5 so our spec will change as conditions change. With this jetting the bike run smooth and delivered good power. We are still chasing to smooth out the power a little more as in second gear as you start to come into power the bike runs a little rough but better than standard. We have ordered some different needles to try and will also like to try a heavy fly wheel and V force reeds.

The bike makes great power putting out close to 47HP standard on our dyno on that day. With the pipe and jetting we made a peak HP gain of 1.8HP and also gained more over rev.

Some other great upgrades to expect from the 22 model are the brakes. New calipers and more contact front pads have the bike stopping great. The front fork is also updated to be like what comes on the 250f and 450f and runs the same fork springs as the four strokes now.

What’s next for our bike –

V force reeds are on order but currently back order

Suspension is a big area to make sure you are comfortable on these bikes. We are going to give the bike to Steve Jones at Tunetech to develop the bike and get it handling. Travis took out the bike as is with the standard suspension and also took out Bailey Malkiewicz YZ450f practice bike to compare the handling. There is certainly a lot of work for Steve at Tunetech to get the 2 stroke handling like the YZ450f machine. The YZ250 was harder to turn into turns, would pack down and kick out and overall had a lot of chassis pitch compared to Bailey’s setup YZ450f. The two stroke was a blast but in current setup was a long way from competing against Bailley’s setup YZ450f. So this is our next challenge to get the bike more rideable and handling. This bike has the power and torque to be a great MX2 bike but we need to work on it to make it comfortable, forgiving to be a great race option in the MX2 class. We are hoping to do an update article into 2022 with how this bike is going and the end result. We will list all the parts we try and what worked and didn’t as we make this bike a great race platform. 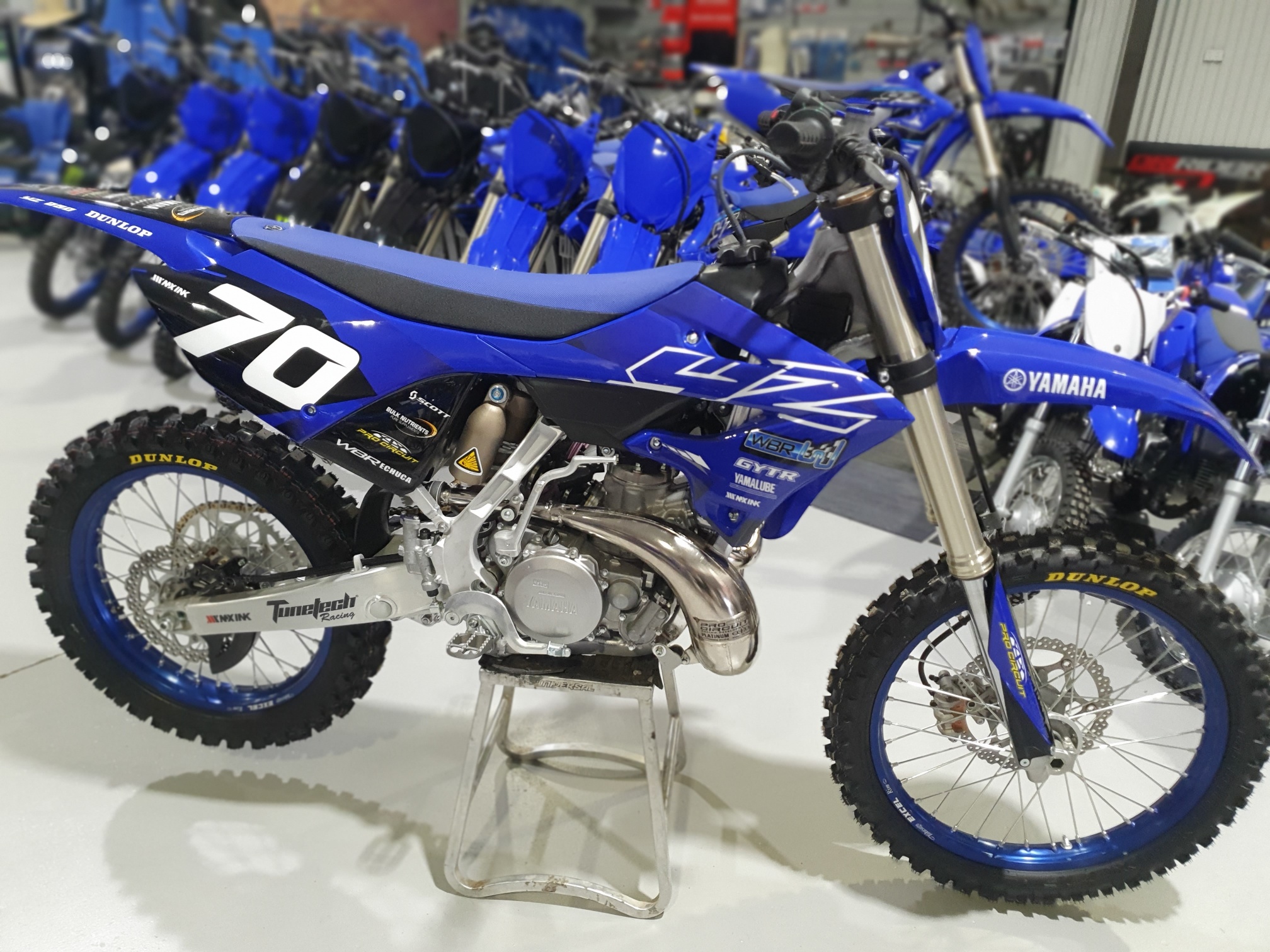 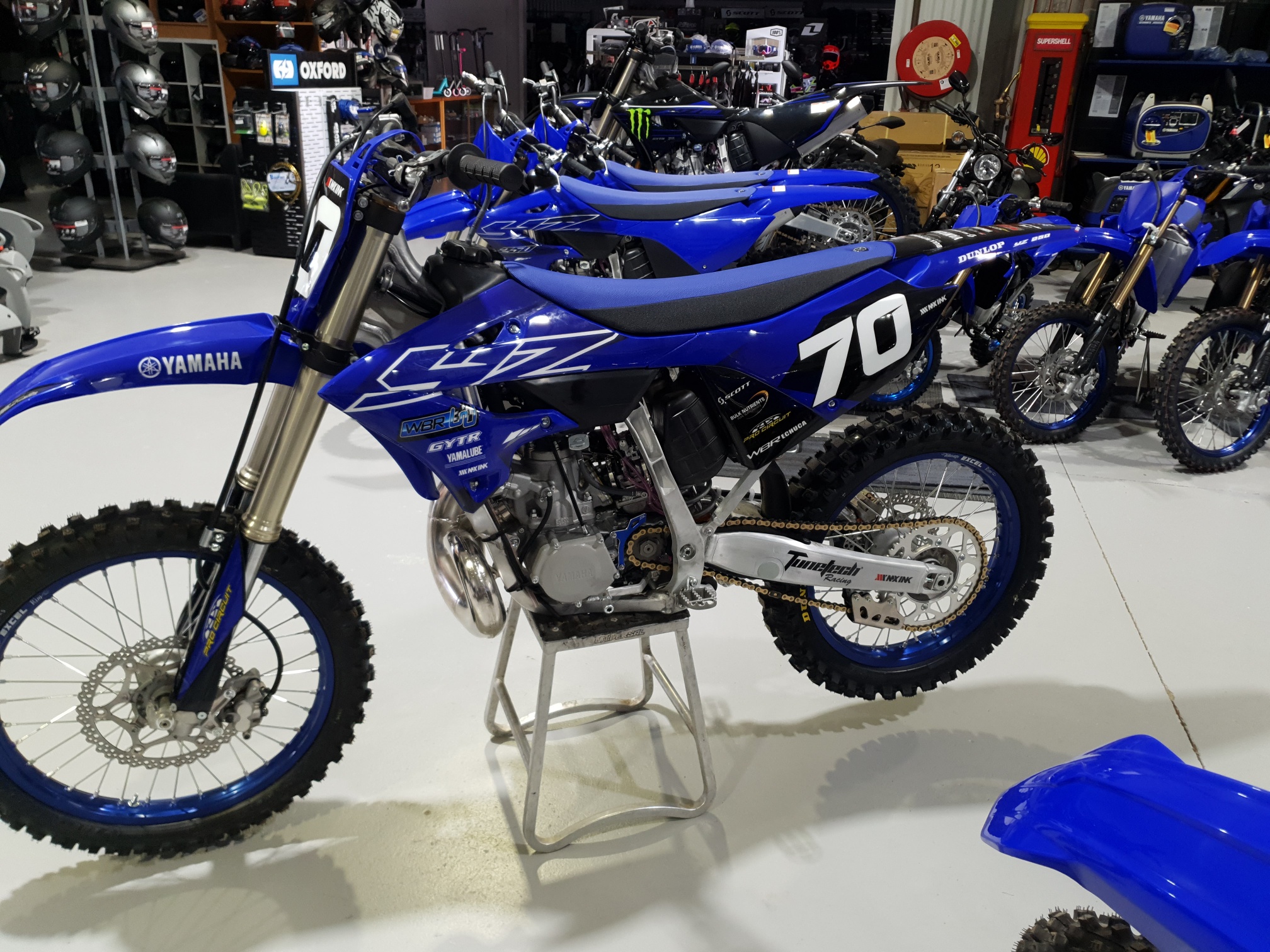 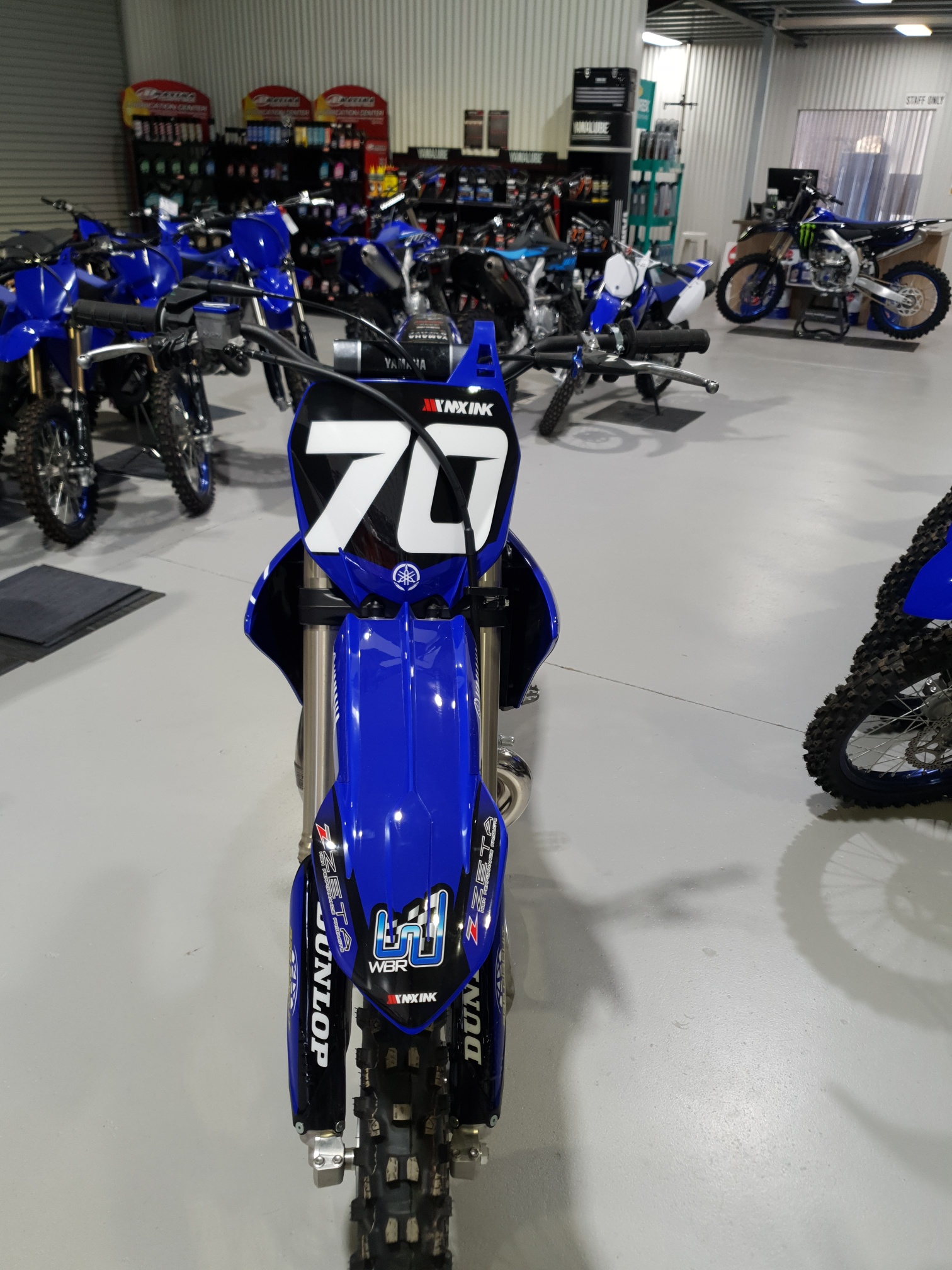 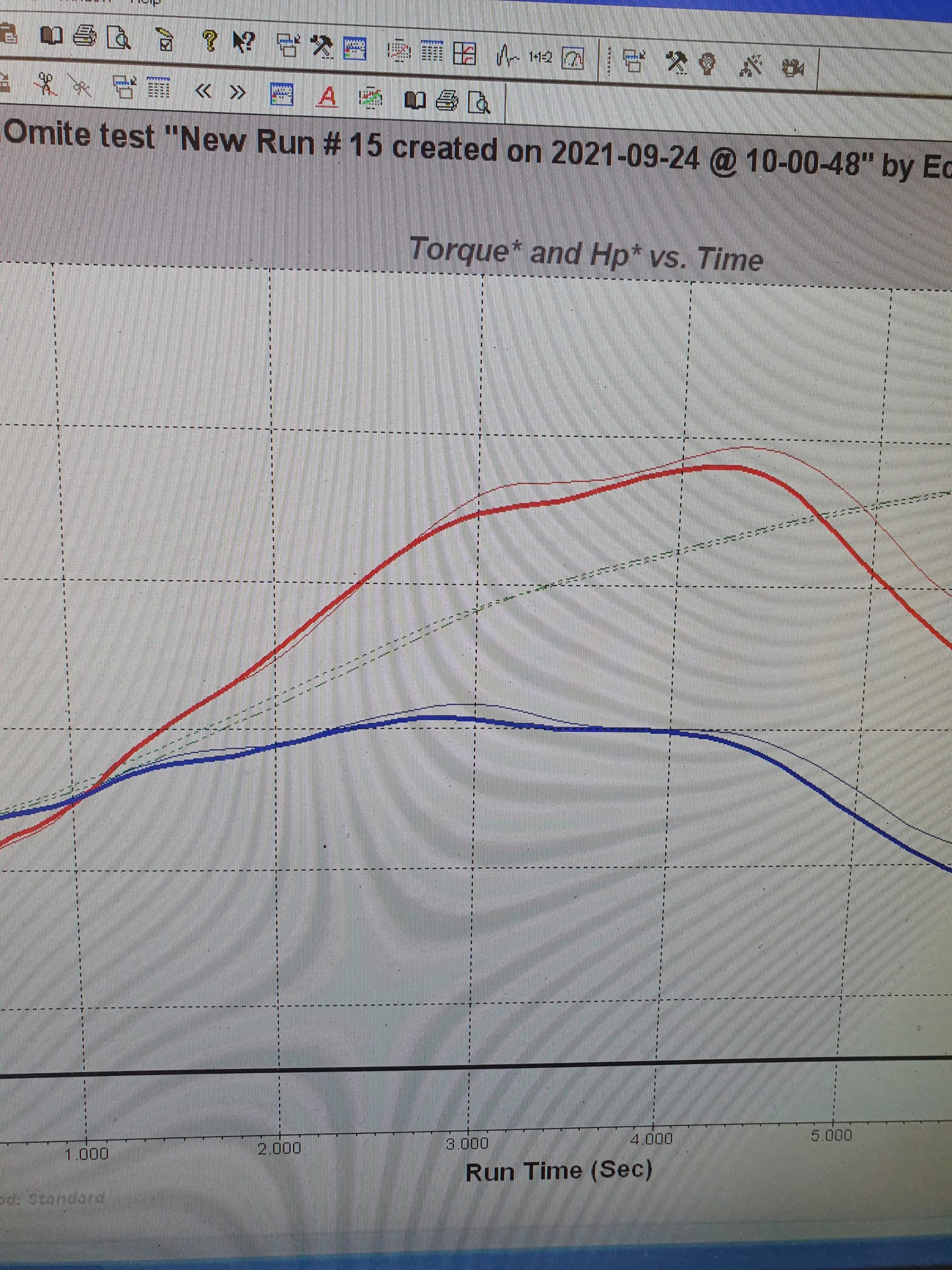 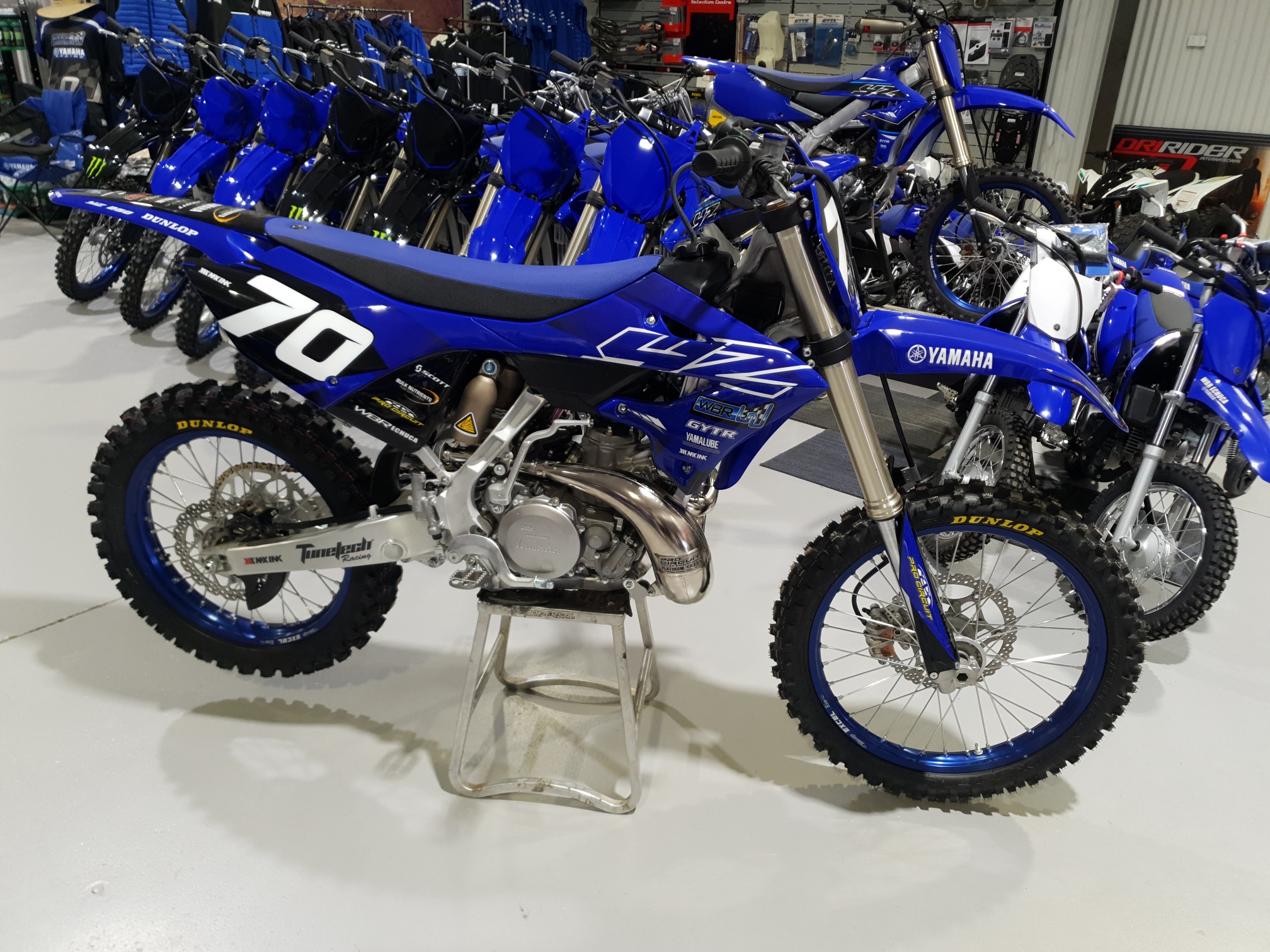 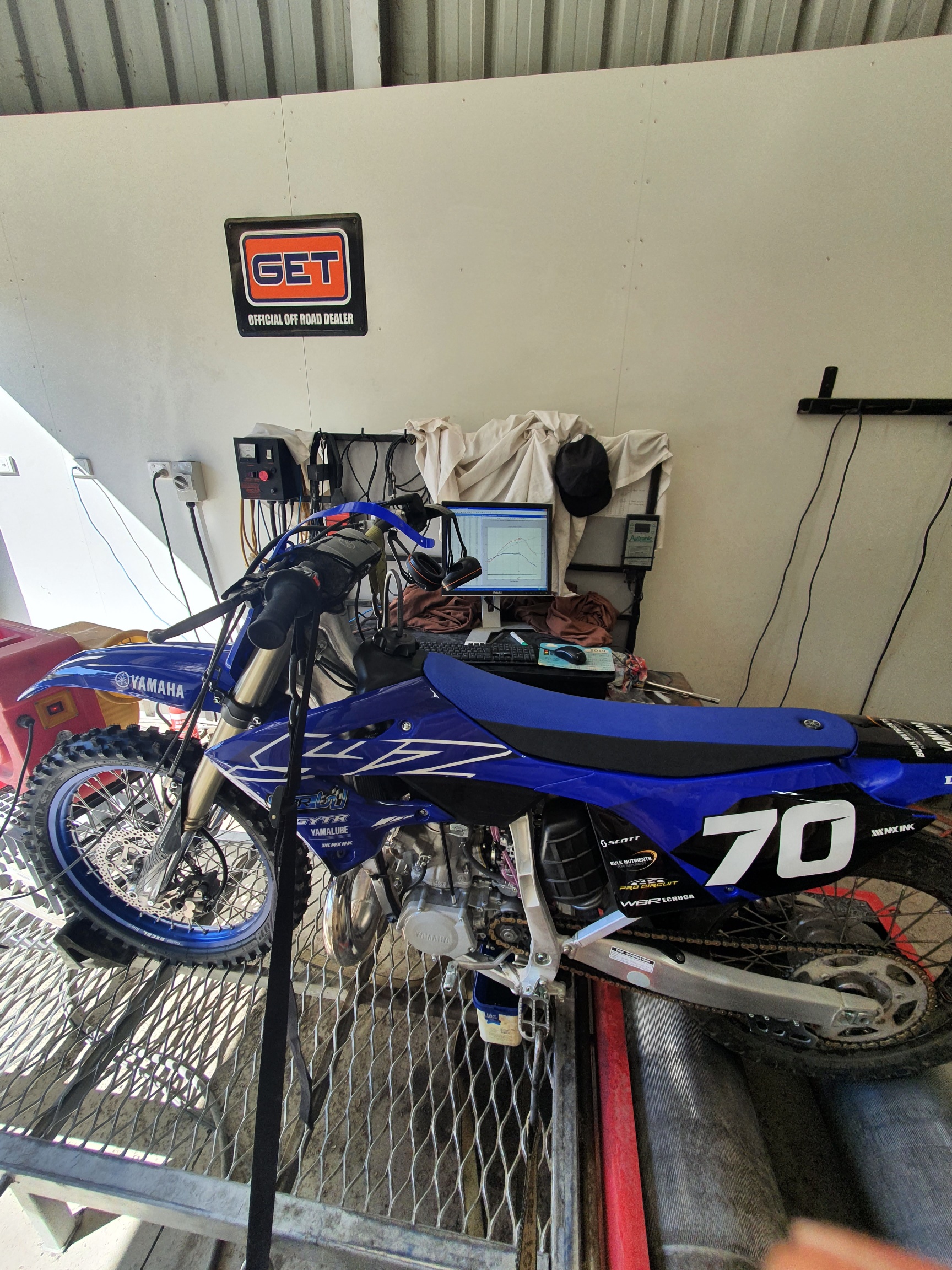